Is The Situation Ready To Leave THE JERSEY SHORE Too? 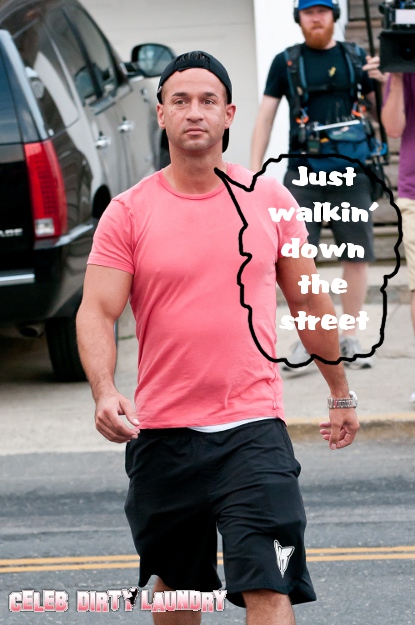 Last week, Vinny walked off Jersey Shore, that semi-ridiculous-all-too-addictive reality show featuring a bunch of orange people. So, is he the only one looking for a change of scenery? As it so happens, no, apparently he’s not. The Situation has insinuated that he might be looking for a change as well.

When approached by some photographers who asked him if he too had plans to move on, The Situation didn’t say yes . . . nor did he say no. Hmmmm. Sketchy. After the journalists told him good luck, The Situation reportedly said “I don’t need any luck. I just don’t need it.”

I think you might want to re-think that whole “denying the luck” thing. Because if you have that little orange mind of yours set on walking off the Shore without a back up plan (AKA without another reality show in the works like Snooki, JWOWW, and Pauly D), you might want to reconsider your situation (pun intended). Just sayin’. In Hollywood, especially where reality shows are concerned, you need a little bit of luck every now and again.