Is There A Wedding In The Horizon For Brad Pitt And Angelina? 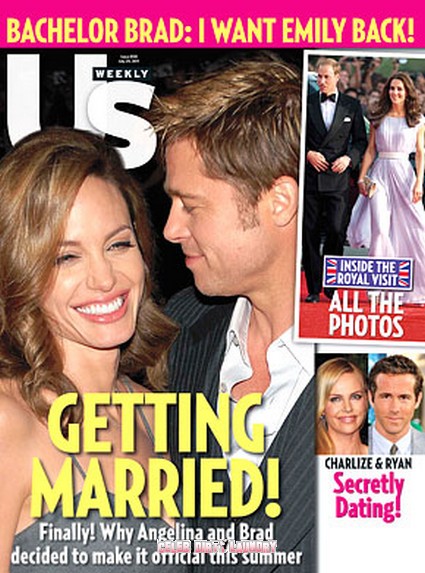 The famous (and ridiculously good looking) Hollywood couple, Brad Pitt and Angelina Jolie, are apparently set to marry.  According to Us Weekly, they are planning to tie the knot over the next few months. To be fair, I’m skeptical.  Although the couple have been adamant about getting married only if it was legal for all (which I 100% agree with), Brad was recently quoted as saying:   “The kids ask about marriage.  It’s meaning more and more to them”.

Aww, such a softie!!!  In all honesty, whether they do or don’t, they are a strong unit and good parents (again, this is when I truly believe I know them).  But truthfully, they seem to have good values, good beliefs, and a strong sense of family. Get married or don’t, just do it for the right reasons.  I’m also of the mindset, “if it isn’t broken, don’t fix it” – but hey, sometimes things just make sense. Stay tuned!