Is This Mel Gibson’s New Girlfriend? 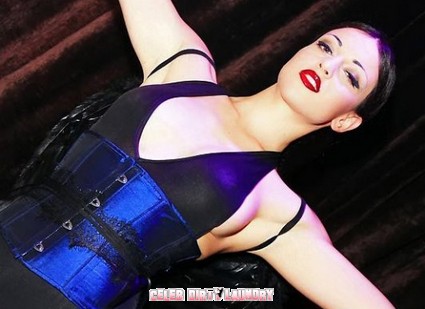 It looks like Mel Gibson, 55, has moved on since his disastrous relationship with Oksana Grigorieva.   Mel is rumored to be dating Fetish model Stella Mouzi.   Stella is a Greek citizen and is in the U.S. on a visitor’s visa.  She recently walked the red carpet at the 2011 L.A. Fetish Film Festival Awards with Mel and has been spending a lot of time with him.

The couple have been spotted leaving dinner, and again this week at Sky Bar. She’s also been to Mel’s Malibu home for a BBQ.  Rumor has it Stella wants to extend her U.S. visitor visa but also that she really is into Mel.    Call me a cynic but I bet this relationship with Stella is more about her extending her Visa than about being that interested in Mel.   Note to Mel:  Check for hidden tape recorders !

Meanwhile, it is also rumored that Mel is on the verge of a comeback.  Apparently he is being courted by talent agencies who want to represent him nearly a year after he was dropped by William Morris Endeavor.  He recently was offered a role in Sleight of Hand, a heist movie starring Gerard Depardieu.   No news yet on whether Mel will accept the role.