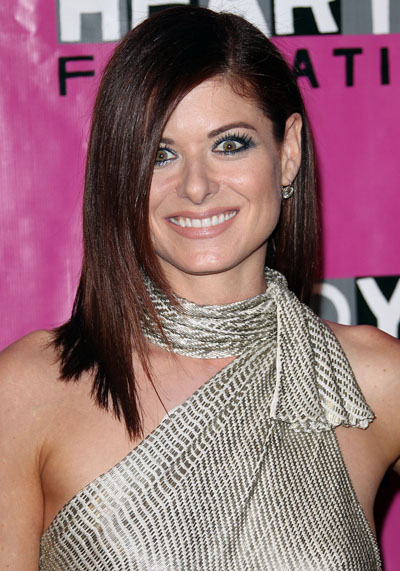 It must be breakup week in Hollywood, as another celebrity is reportedly headed for divorce!

Joining Kobe Bryant and Beyonce‘s parents on the divorce train, former Will and Grace actress Debra Messing has separated from her husband of ten years, actor and producer Daniel Zelman.

Although no reason was given for the split, the breakup is said to be amicable, and the couple is supposedly still living together, even after having been separated for a couple of months, reports the New York Post.

The couple originally while they were college students at NYU in 1990. They later married in 2000 and have one child together, a 7-year-old son named Roman.

And although the 43-year-old actress may be having a rough time with her relationship, she seems determined not to let the breakup blues dampen her holiday plans in New York:

“We love to go skating at Wolman rink, and go see plays — musicals specifically. Waiting for the snow to come. Looking forward to putting on the snowsuit and stomping through Central Park,” Debra recently told LilSugar.com about her holiday wishlist.