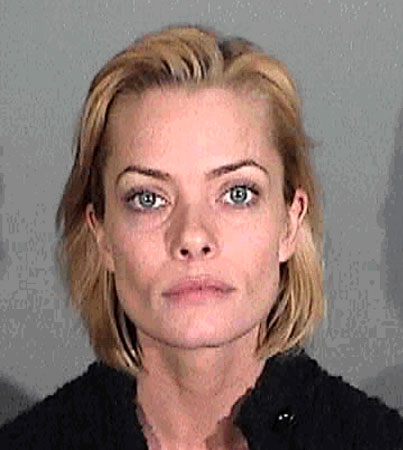 Jaime Pressly of ‘My Name is Earl’ fame was so drunk when she arrested for a DUI on January 5, that her blood alcohol level as tested at .22 – nearly 3 times the legal limit in California which is .08.  Looks like Jaime is trying to bring her role on the TV show to life.

Pressly had to spend the night in jail and was released the next day on $15,000 bail.

She arrested at 11 pm in Santa Monica and tested .22 at the scene of the stop according to law enforcement officials. told them. Police pulled her over for a traffic violation at which point they began to suspect that she was drunk.  They were correct!

There is never a good excuse for driving drunk and even less so for celebs – they have tons of money and can easily afford drivers, limos, taxis, or even a hotel room.