James Franco Has A Sex Tape! 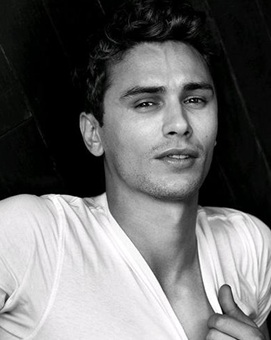 127 Hours star and one of Hollywoods most billiant actors James Franco, 32, recently participated in an interview with Newsweek about acting and performing.   In the interview he was asked  “Is there a secret to landing a good kiss?”    Now Franco no stranger to controversy and always out spoken rather than answer the question directly Franco spoke about a sex tape he did.

“Anybody who has made a home sex tape knows what feels best doesn’t always look best,” he explained. “I remember when I was 19 doing that, and then watching it back and thinking, ‘Oh, that looks horrible.’ So you have a lot of respect for those actors in pornography, because they are really not just doing it, they’re really selling it!”

Franco went on to say “It’s the same thing with a kiss. It’s not just the kiss that feels best, it’s an image. Something different is happening if it’s a good kiss.”

So James Franco has a sex tape – nice!  I wonder how long it will take to leak now that he has let the cat out of the bag.  Actually it would not surprise me if Franco himself released the tape.