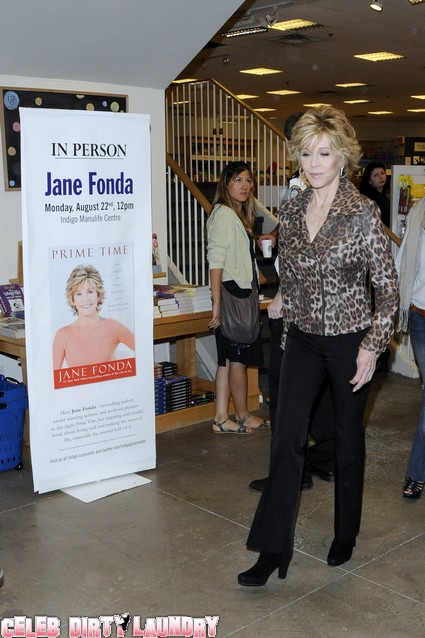 Jane Fonda is telling it all as she promotes her new memoir ‘Prime Time’ and this includes naming names of her secret sexual partners.

Fonda was doing an interview with Chicago radio host Pete McMurray and admitted sleeping with her ex-husband Ted Turner after they split up.

“I talk to him (Ted) all the time,” Jane told McMurray. “As a matter of fact, I just got an e-mail from him. We are very close friends.”

When McMurray asked if the couple – who divorced in May 2001 after a nearly 10-year marriage – hooked up after they split, Jane said: “Well, I’m not going to answer that.”

But then she changed her mind, and admitted: “Yes, I did, actually!”

Apparently on a confessional role Jane then announced that she slept with her ‘Klute co-star Donald Sutherland.   Clearly shocked, McMurray asked: “‘Klute? When you won an Academy Award?”  To which Jane responded: “Yeah! That’s probably why I won!”