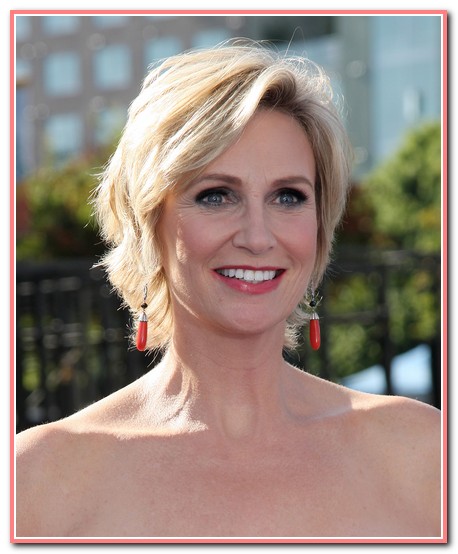 Jane Lynch has found tremendous success over the last couple of years. She rose to fame as Sue Sylvester on the hit Fox series ‘Glee’ and has received multiple accolades for her work on the show. On Sunday, she became the third woman ever to host the Emmy awards without a co-host and cemented her status as one of the most popular female comedians in Hollywood.

Recently, she took on the role of author and penned the memoir ‘Happy Accidents’. The book offers a detailed illustration of Lynch’s life and her struggle to find her identity. Tonight she appears on the Joy Behar show to discuss the book as well as address questions regarding her sexuality. She reveals;

“I am just really really gay. I am. If here’s the spectrum, I am gay. I have no interest in men sexually at all. I don’t. I want to be them, I get the male thing and I like being that for a woman. But I also like being a woman too.”