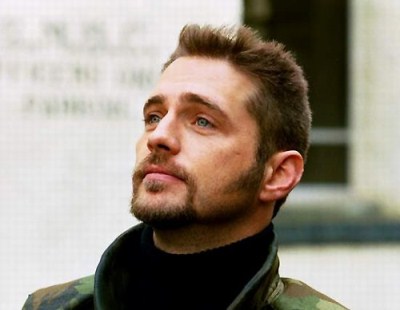 Jason Priestley refuses to live in the past so 90s tragics hoping to see the return of Brandon Walsh are out of luck.  He’s ruled out taking part in a Beverly Hills 90210 reunion.  At 42 he’s looking ahead and the thought of hanging out with Dylan, Kelly, Brenda and Steve at the Peach Pit is not part of the plan.

The announcement comes despite talk Shannen Doherty, Tori Spelling and Jennie Garth would be up for a walk down memory lane. Priestley says  ‘I don’t think a reunion of that show would ever happen; we’ve all moved on with our careers. It would be almost impossible to get us all in the same place for long enough!’

Jases’s lack of enthusiasm is not surprising. The teen heart throb jumped ship a couple of years before the original 90210 finished in 2000. He did stick around behind the scenes but car racing was his number one love.  He’s lucky to be alive after a major wipe out on the track almost a decade ago.

Former castmate and good friend off screen Luke Perry is also keen to leave Dylan McKay behind  ‘When you’re in the professional acting business you have to look into all these offers and I don’t mean anything bad about it but creatively it’s something I have done before.  I don’t know how it will benefit me if I do it again.’

The only former high school jock  I’d put money on returning is Brian Austin Green. I’m sure he’d do anything to get rid of that Mr Megan Fox tag!