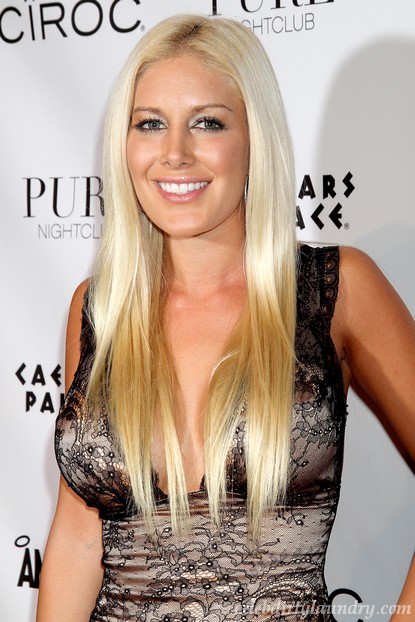 Jennifer Aniston gets a shiny gold star, or five, for banning fake wannabe actress Heidi Montag from the premiere for their movie, Just Go With It.

I am dying laughing that someone has the sense to put this reality show trollop in her place. Seriously. She wants to invade televisions with her fake scandals and is acting like she’s some big time actress for having her boobs appear in one movie.

Us Weekly has the scoop:

“I was so excited! This is the first movie I’ve ever been in and I can’t walk the red carpet because Jennifer Aniston decided I was ‘too polarizing.’ … I’ve been such a huge Jennifer Aniston fan my entire life and it’s just really upsetting that she would do this to me. … She should know how hard it is to make a career for yourself and to have someone like Jennifer Aniston go out of her way to make things hard for me is really disheartening.”

Do you blame Jennifer for doing that? I don’t. It’s HER premiere and should be centered on honoring her performance. Not some two bit idiot who has a brief cameo. Ha. Eff em, Jen!