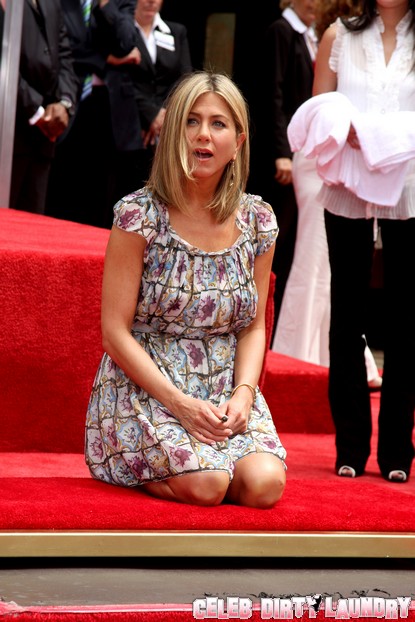 I can’t say that I blame Jennifer Aniston one bit for ignoring her ex-boyfriend and all around douchebag, John Mayer. Now that she’s dating Justin Theroux, John has been begging and pleading for her to take him back, but she’s having none of it! You go girl!

Sources have revealed that John has been sending Jennifer a metric ton of text messages, in an attempt to win her back. But guess what, John? It’s not working!

The former couple dated and broke up and she still took him back after he ratted out their relationship to the paparazzi, but she’s not looking back this time.

A source said, “Jennifer is totally involved with Justin, and wants absolutely nothing to do with John. John broke Jen’s heart, but that doesn’t seem to faze him. He’s been relentless in his pursuit of Jennifer lately – texting her witty messages, sending love poems and calling to ask her out. But it’s been two years since they were together, and Jen sees it as far too little far too late. She feels she’s found a better, more responsible and reliable man.”