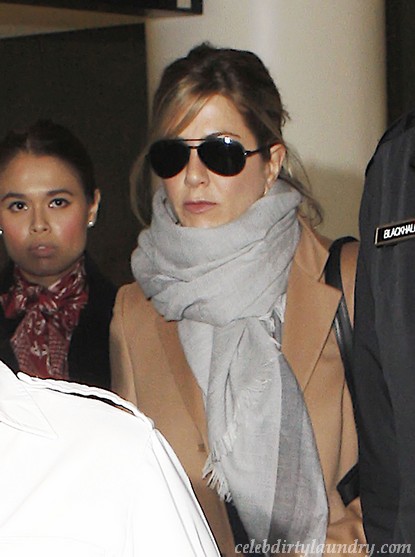 Jennifer Aniston is so sick and tired of the publicity surrounding her love life that she joked about calling up George Clooney and marrying him!

She said that she is so bored with the speculation surrounding who she’s dating that she should just call up George and propose to him.

She said, “That would definitely shut up the world! I could call up George, say, ‘Hun, let’s just get hitched and have kids.’ I should take George to lunch and we can figure out how to put an end to all this. Ha! Well, no.”

Of course, that wouldn’t work for George, since he’s dating Elisabetta Canalis at the moment. But she could totally call him up next week, because that could change.