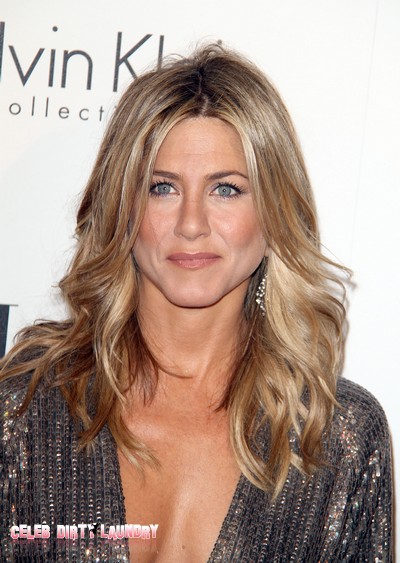 If recent reports about Jennifer Aniston are correct, and they certainly seem to be, she is still exuding that magical ‘I’m a woman in love’ spark that she’s been displaying since falling for the tall, dark, and handsome Justin Theroux. Jen has shed the scowl put on her pretty face by ex-husband Brad Pitt when he blamed her publicly for making him miserable and being a crappy wife.

It was that fateful and widely reported interview, in which Brad blamed Jennifer for an unfulfilling marriage and driving him to excessive weed smoking, that set Jennifer on edge. Not only did Jen have to see Angelina Jolie steal her man and then go on to enjoy a blissful and child-full marriage with Brad, but she was forced to read and hear about just how unhappy Brad had been with her! Yikes – that hurts!

Brad even got a bashing from Jen’s BFF, Courtney Cox, for insulting her: She phoned Brad and read him the riot act – accusing him of being hurtful, disrespectful and rude – telling him “You’re the same insensitive man you were all those years ago.”

Jennifer and Justin still seem to be smitten with each other, but don’t think that they’re going to run off and get married anytime soon! Justin left his relationship of fourteen years with his ex-girlfriend and never got married to her, so why would his relationship with Jennifer be any different? According to sources, Justin is in no hurry to walk down the aisle. Justin has reportedly told a friend that, “He doesn’t want to ruin it, he’s happy how things are right now and he wants to enjoy the moment.”

But all’s well that ends well and Jen is rarely seen without Justin these days – as she seems to have put all the hurt caused by Brad (and Angelina!!) behind her. Jen and her man are looking for a home together and in the meanwhile have been making do in a private suite at the classic Sunset Tower Hotel for which they paid $60,000 to stay for three months. Jen and her beau recently celebrated their 6 month anniversary and everything seems to be rosy.