Jennifer Grey Is Excited For The ‘Dirty Dancing’ Remake! 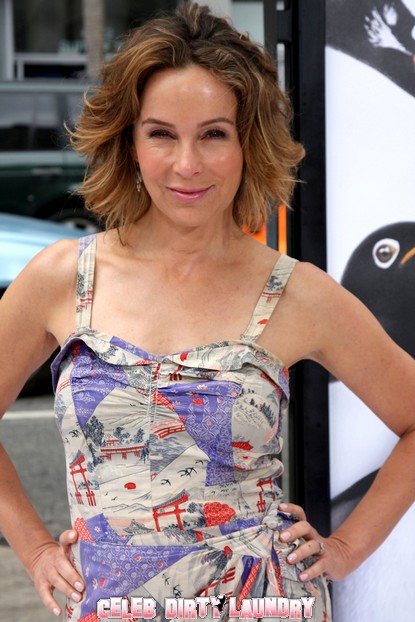 If you haven’t heard the recent gossip, Lionsgate Films has confirmed plans to remake the 1987 movie, Dirty Dancing. I threw up in my mouth a little bit that the people behind the movie actually want to remake the classic film starring Jennifer Grey and Patrick Swayze.

After all of the movie’s fans took to Twitter yesterday to air their disgust for the idea, the movie remake already has one fan — Jennifer Grey — who played “Baby”.

Jennifer tweeted about the plans, saying, “I love @Kennyortega and trust that he will do something special #DirtyDancingRemake”.

She also said, “I’m so excited about this news and I think there’s nobody better to do this than my beloved Kenny Ortega who is as responsible as anyone for the success of the first one. I can’t wait to see what he’s going to do with it.”

What she should’ve said is that she can’t wait to see how they’re going to mess up the movie, royally. Even though Kenny choreographed the first one, I can’t imagine that any remake would top the original.

What do you think? Should they leave well enough alone? Or is this a welcomed idea for you? Who would they even cast as Johnny or Baby? There’s no others like Patrick or Jennifer for those particular roles. Who’s with me?