Jennifer Lawrence Cast as Katniss Everdeen In The Hunger Games! 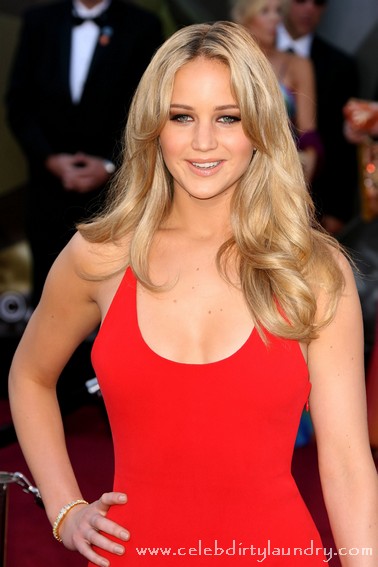 Producers have finally announced who will play the lead role in the film adaption of Suzanne Collins’s massively popular–and amazing!–book, The Hunger Games, which is truly young adult fiction at its finest. So, who will play uber badass Katniss Everdeen? None other than Jennifer Lawrence.

Lawrence was just recently nominated for an Oscar for her work in Winter’s Bone. Having read the book, Lawrence definitely looks the part . . . let’s hope she really digs deep and pulls up the unsettled, fiery nature of Collins’s character. I have no doubt she’ll do a spectacular job. According to Lionsgate, the company producing the film, “Lawrence was a fitting choice.”

Don’t screw this up, Hollywood (because you have a tendency to do that when going from book-to-film). I don’t want to see any cheesiness or any attempts to add fluffy-cute-bunnies and rainbows to it. We need to see the gritty aspects of The Games and, most importantly, the conflicted psyche of our female protagonist for it to work.

Luckily, Suzanne Collins has extended her support. MTV received commentary from the studio saying that Collins agrees one hundred percent with the pick.

“Jennifer’s just an incredible actress,” Collins said. “So powerful, vulnerable, beautiful, unforgiving and brave. I never thought we’d find somebody this perfect for the role. And I can’t wait for everyone to see her play it.”

If you haven’t read the book, I highly recommend giving it a read through. If you have indulged in Collins’s fantastic dystopic world, how do you think Ms. Jennifer Lawrence sizes up to Katniss Everdeen?   Leave your comments.   Celeb Dirty Laundry wants to hear from you. . .