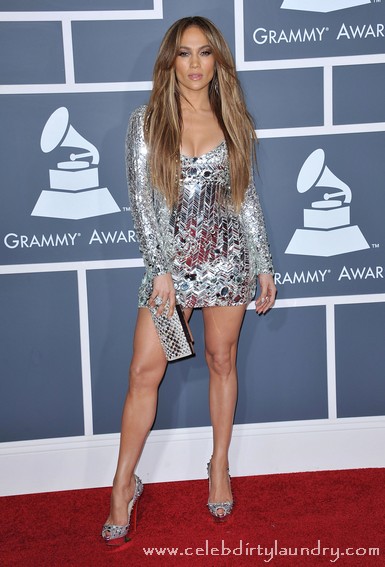 Jennifer Lopez is trying her best to avoid being deposed so it’s going to continue to be an uphill battle for Claudia Vasquez to get JLo’s bare butt on screen.

Claudia Vasquez discovered this recently as she tried to get the singer/actress turned American Idol judge to sit for a deposition this month in her lawsuit against the superstar.  Claudia, who is romantically involved with JLo’s ex-husband Ojani Noa, is suing JLo for allegedly preventing her from selling a movie about JLo’s life with Noa that includes revealing video of JLo.   Claudia’s team tried to set JLo’s deposition for February 10, but JLo did not appear after her lawyers objected to the date.

“One again it is stall, stall and stall,” Ed Meyer, the business manager for Noa.  “Jlo is hiding behind her lawyer, and not stepping up to the plate!”  Isn’t that what lawyers are for?  If we wanted to to tell the truth then why would we need a lawyer?

JLo’s side has been unable to eliminate a lawsuit brought by Ojani against her and now Claudia’s case has been combined with his.
The star’s lawyers objected to the date of the deposition on several grounds, and now the battle continues.  Noa has lost in court to JLo previously in his attempt to market his home video of the star.  So far, the court has blocked the release of that video, which includes some racy scenes.

A hearing in the Vasquez vs. Lopez case was set for February 14, but has now been continued, with the date to be determined.

What JLo should do is buy the exclusive rights to the sexy tapes Ojani made of her.  It would be cheaper than this circus.