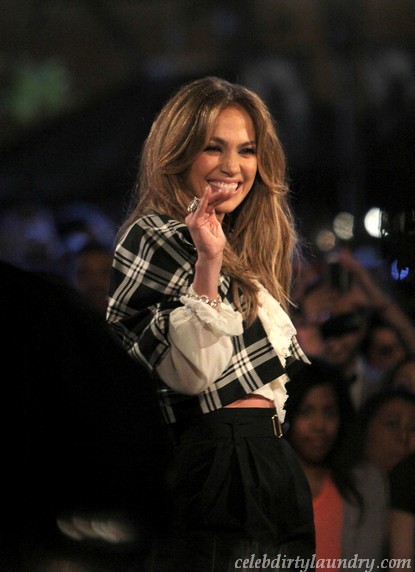 When Jennifer Lopez first signed on to do American Idol, she was said to have earned a whopping $12 million! Now, CelebDirtyLaundry.com has learned that the singer is demanding $20 million to stay with the franchise.

With rumors circulating that she’s being courted to appear on The X Factor, I can see why she may want to jump ship from the dwindling franchise. A source said, “They’ll have to do whatever it takes to keep her happy. Her new contract’s their major priority. They’ll have to come up with megabucks to appease Steven Tyler as well, but he only makes about half of what Jennifer earns.”

Wow, she really is looking a gift horse in the mouth, isn’t she? I mean, isn’t American Idol the reason why people are paying attention to anything she does now? Is she worth another $8 million on top of what she’s already making as a judge???