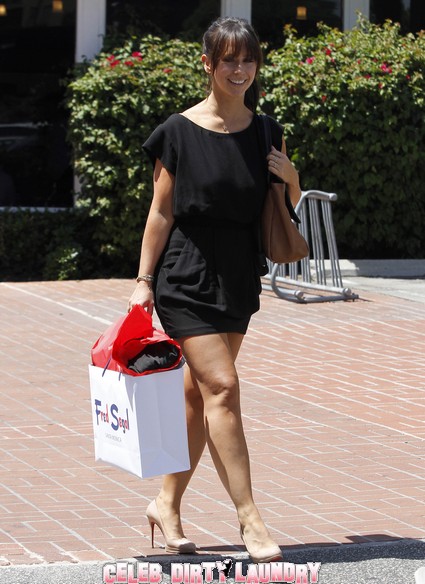 Jennifer split from Alex Bah in May and fell for Ben Flajnik when he took part in the competitive reality dating game show earlier this year. The couple were spotted “making out” in San Francisco on Saturday.  An eyewitness at the Lion’s Pub said: “Ben from ‘The Bachelorette’ is making out with Jennifer Love Hewitt.”

Another source added: “Oh yeah, Ben and Jennifer Love Hewitt appeared to be dating. All in all, Ben seemed to be perfectly content as the second-place loser on ‘The Bachelorette’.”

After spotting Ben on the show, Jennifer, 32, tweeted her appreciation for the winemaker from Sonoma, California, who finished as runner-up when he was rejected by bachelorette Ashley Hebert after she chose J.P. Rosenbaum as her fiance.

When Ben tweeted on Thursday (04.08.11), “Rise and shine, time for #wine. Good morning everyone,” Jennifer responded with a flirty message, saying: “@BenFlajnik good morning! Rise and shine time for wine,funny!whAts your fav red or white?”

Jennifer has recently revealed she was finding single life tough, tweeting “Being single is so complicated, so much freedom to find love, and so much free time to meet douches!:) twugs to my single lovelys”