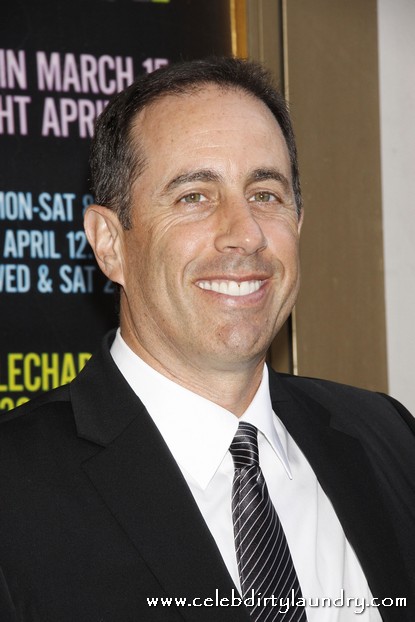 Jerry Seinfeld is bring his comedy show to London, England in June 2011.  Jerry was interviewed by a British morning show to promote the show and was asked if he was excited about the upcoming Royal Wedding.  Now Jerry not one to keep his mouth closed decided to give his two cents about the upcoming marriage of Prince William and Kate Middleton.  “Yes, I’m very excited. Well it’s a circus act, it’s an absurd act.”

“You know, it’s dress-up. It’s a classic English thing of let’s play dress-up. Let’s pretend that these are special people. OK, we’ll all pretend that—that’s what theater is. That’s why the British have the greatest theater in the world. They love to dress up and they love to play pretend.

“And that’s what the royal family is—it’s a huge game of pretend. These aren’t special people—it’s fake outfits, fake phony hats and gowns.”

WOW sounds like sour grapes to me and it certainly is not going to make him very popular with the Brits.  I guess Jerry Seinfield and his wife did not get an invite to the Royal Wedding!  Don’t be upset Jerry neither did we :-)