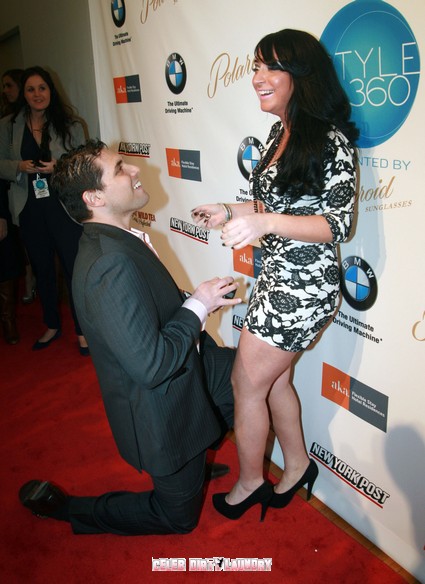 Angelina Pivarnick is truly disgusting but she has surprised us by finding a new low – pimping her own miscarriage to Father Albert on his TV show.  The former Jersey Shore star says she’s suffered a miscarriage and is no longer pregnant.

Incredibly, she blames her loss on the press, which barely remembers she exists as it is, and does so only when she blatantly seeks its attention.

“Everyone in the tabloids and media weren’t really leaving me alone,” she said of her wild past and the supposedly intense scrutiny under which she lives.

“Basically I wanted it to be my personal business and it wasn’t. It was really hard and I went through a lot of stress. I ended up losing the baby.”

Pivarnick got engaged in February to Dave Kovacs, originally thought to be the father, before the two split and she got pregnant in April.

A reality check? Here’s one – Angelina is a talentless has-been who needs to be ignored.