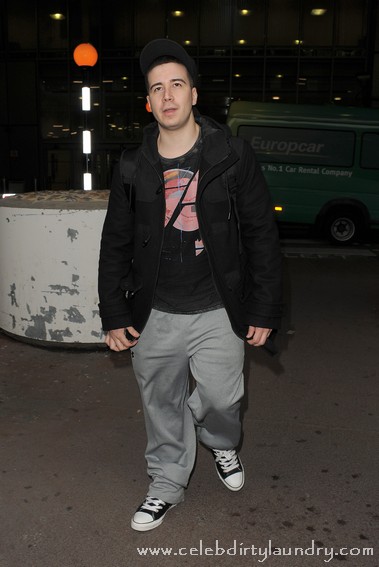 DJ Pauly D aka Paul DelVecchio and Vinny Guadagnino from ‘Jersey Shore’ arriving at Heathrow Airport today February 7th, 2011 to promote their MTV reality show in the UK.   Pauly and Vinny told photographers it was their first visit to England, and they were looking forward to seeing the sights in London.  The boys are on a three day press tour.  They will have a guest appearance on London’s daybreak and they will also attend Miss Jersey Shore UK contest.  MTV hosted a national contest to find Miss Jersey Shore.  The ten finalists will parade in front of Pauly D and Vinnie and will be crowned February 8th, 2011.

This is their first press tour to the UK.  Jersey Shore Season 3 premiered in the UK February 2rd, 2011.   The two will celebrate the return of the show and they will be there for the second episode and teach the Brits how it is done in Jersey!

Image source to Will Alexander/WENN.com