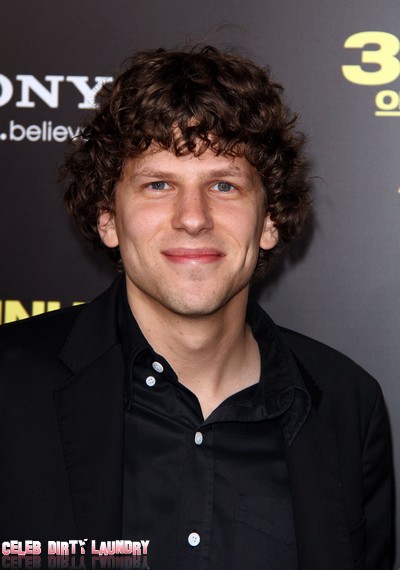 Jesse Eisenberg is known for his adorably awkward nature but did you know that he was once threatened with legal activity? The Oscar nominated star once penned a script about the life of legendary director Woody Allen, who was born Allen Stewart Koingsberg.

Eisenberg told David Letterman: “The first kind of play I wrote was actually about Woody Allen changing his name to Woody Allen… I wrote the script and I sent it to an agent who was helping me out with my acting and they sent it to a friend, and it got to his lawyer.”

Yet the then unestablished actor found that breaking into the business wasn’t that simple. He was actually threatened by Allen’s lawyers. He recounted the incident:

“And my father came into my room one day and he was like, ‘Well, I have really good news and kind of really bad news.’ And I said, ‘Oh really, what’s the good news?’ (He said), ‘Er, they read your script.’ And I was like, ‘What’s the bad news?’ (And he said), ‘We got a cease and desist letter from the lawyers.”

Ironically, Eisenberg not only did become a highly respected member of the entertainment industry, he is set to star in Allen’s upcoming film ‘The Decameron’. In another twist, he wrote the play Asuncion which just premiered at the Cherry Lane theatre in NYC.