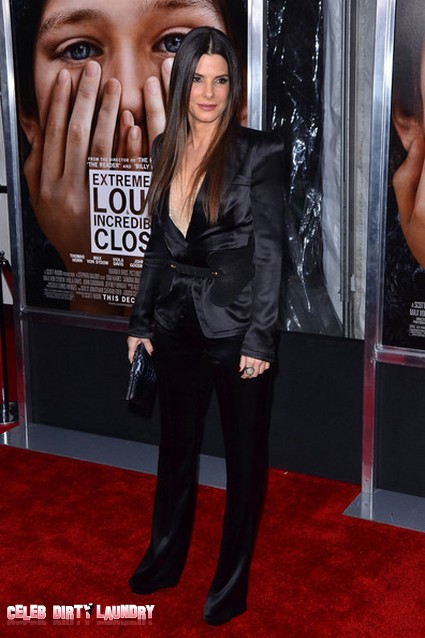 Sandra Bullock was at the top of the world having just won an Oscar for her role in The Blind Side when news broke about the infidelity of her scoundrel of a husband, Jesse James. Poor Sandra was clearly oblivious to Jesse’s serial cheating and had praised his love and devotion during her Oscar acceptance speech. The shock and sadness of learning that her marriage and life were a lie sent Sandra into a deep depression.

Sandra told Associated Press at the time that she thought she’d never return to acting following the disintegration of her marriage and that she believed she was “permanently broken.”

“I was perfectly content to be permanently broken,” Sandra said about her reaction to the 2010 scandal. The media went wild when James admitted he had cheated on Sandra with Michelle ‘Bombshell’ McGee.

Sandra is grateful that director Stephen Daldry convinced her to return to work with a starring role in the new film, Extremely Loud & Incredibly Close, which is set just after the Islamic terrorist attacks of September 9, 2001.

“I honestly didn’t think I was in a place where I wanted to work or wanted to step out of where I was – I wasn’t prepared. But the opportunity was louder than my head,” Sandra said.  “So we had a great time,” she added.

“It’s no longer ‘selfish actress’ in the moment. I wanted to have an amazing time with him and, fortunately, Mr. Daldry presented it. In every possible way, it was the best!”

Are you glad that Sandra seems to have recovered from Jesse James’ horrible behavior? Her recovery is an inspiration to us all – but what was she thinking when she hooked up with such an obnoxious jerk? Sound off in the comments below.