Jesse James Continues To Reveal That He Is An A**hole 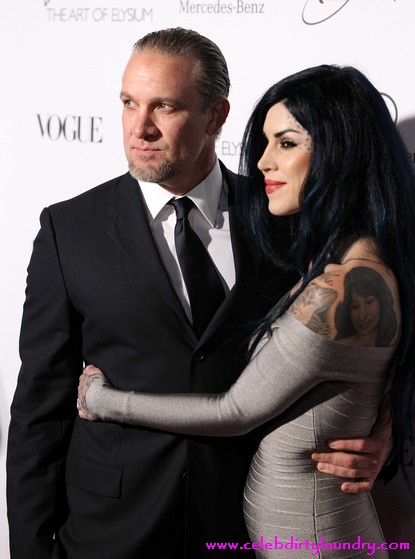 Jesse James‘ promotional book tour could be called ‘How I Told The World I Was An A**hole’ and nobody would disagree. This ugly and stupid waste of space somehow continues to draw people’s attention and so we cover him.

In an interview with Men’s Journal, he continues to open up about how he ruined his marriage to Sandra Bullock.

“I never shied away from anything I did. I took full responsibility,” he says. “I cheated on my wife. Guess what? So do millions of other men.” “To be honest, it was unfair for me to even be in a relationship,” he says of their marriage. “I sabotaged everything. I was never 100 percent in.”

“I’m self-destructive. I made some seriously f*!ked-up choices.”

Jesse James checked into rehab shortly after news of his infidelities broke, a decision that he says changed his life forever, and for the better.

“I was an animal in a cage. I needed to escape before I cracked up or did something really stupid. I don’t know why I went. I just needed help.” “I went into it thinking, ‘All these people in this place? They are really f*!ked-up.’ I figured out pretty fast that I was the really f*%ked-up one.” “I realized I was addicted to anger. And it was going to be up to me to straighten shit out. My life kind of started over. I hit the reset button.”

James turned to his friend (and now his fiancee) Kat von D for help.  “Back when I was listening every day to some new person say what a f*%k-up I was, I hit the wall. I had a day where I was literally wondering how much more of this I could take. And one person reached out,” he recalls.  “Guess who that was? Everyone else thought I was toxic. The fact that Kat is willing to be with me now? And get demonized in the tabloids for it?”  “God, I really love her.”

What do we call Jesse James? What is the correct name for his particularly obnoxious combination of arrogance, stupidity, crassness, insensitivity, bad taste, and dishonestly?  I still come up with ‘A**HOLE.’ And there is no rehab that can fix that problem.