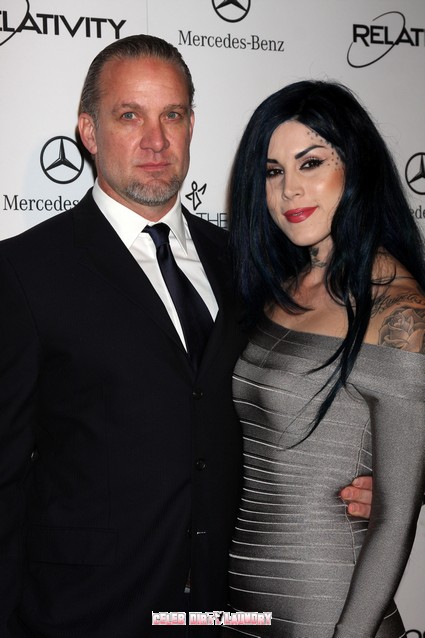 When Jesse James’ infidelity came to light Sandra Bullock was shocked and wounded. Sandra had been faithfully bonded to Jesse the creep while he whored around having multiple affairs.

After the split Sandra maintained a dignified silence while Jesse wrote a tell-all book. He then further humiliated Sandra during a promotional book tour with outlandish statements about his relationship with Sandra including her inferiority in sexual prowess.

Well now the shoe is on the other foot and Jesse James has been unceremoniously dumped by the ‘love of his life’ Kat Von D.  Kat Von D has called off her engagement to Jesse, as well as ending their relationship altogether.

“I’m so sad because I really love her, the distance between us was just too much,” James said.  The pair announced their engagement in January and were planning on having a summer wedding.

Confirmation of the split came on twitter where Von D tweetedt “I am no longer w Jesse, and out of respect for him, his family and myself, thats all the info I’d like to share. Thanks for respecting that.”

When is her book coming out?