Jesse James Has Forgiven Himself But Has Sandra Bullock? 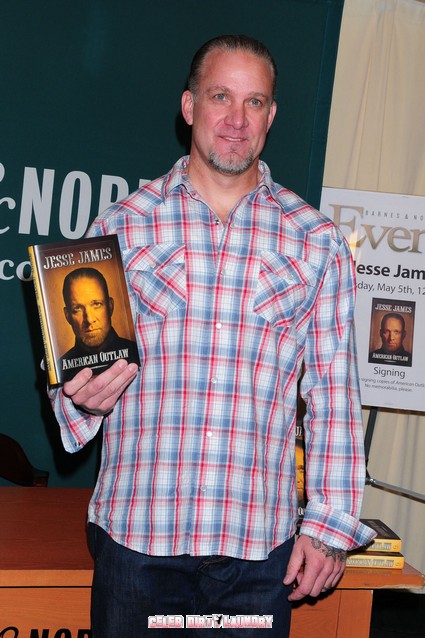 Jesse James says that he has forgiven himself for cheating on his ex-wife Sandra Bullock.  Big of Him!  Promiscuous Jesse had several affairs during his five-year marriage with the Oscar-winning actress – including a relationship with tattoo model Michelle ‘Bombshell’ McGee, which was exposed in March 2010 – but he insists he no longer feels guilty because he has admitted his mistakes and knows he isn’t a bad person. He isn’t a bad person? Then what exactly constitutes a bad person? He might not be the worst person but he certainly a bad one.

Speaking on the Kyle and Jackie O Show on Australian station 2Day FM, he said: “I never got one negative comment, not from anyone. The only people who said negative stuff to me were the paparazzi and they were being paid to. The media portrayed it as this huge negative thing but if anything, I got more support from everybody else, because, yes, I cheated on my wife but so do a lot of other people.” Lots of people also drink and drive – so what?

When asked if he had forgiven himself, he replied: “Oh yeah. I’m cool.” However, Jesse – who is now engaged to tattoo artist Kat Von D – admits it was horrible telling Sandra about the affairs.  He said: “It’s pretty painful to talk to someone and know that the next words coming out are going to devastate their life.”

Isn’t that nice – the lowlife has found forgiveness – his own! What an absolute jerk – we don’t believe that he ever felt guilty in the first place – he had multiple affairs and knew exactly what he was doing.