Jessica Simpson Heading To The Alter Before The End Of 2011 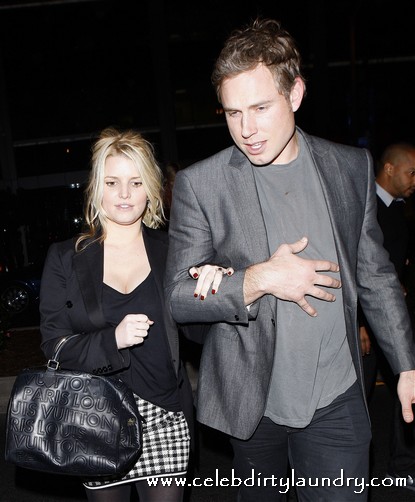 Jessica Simpson, 30, who announced her engagement to NFL player Eric Johnson, 31, in November 2010 is claiming she will be married before the end of 2011.  This will be the second marriage for Jessica who was previously married to singer Nick Lachey for almost 6 years.   Many speculated that her engagement was a reaction to her ex-husband Nick’s engagement announcement.  Jessica recently said about her marriage, “My wedding, I still have no date but it will be by the end of the year.”

Jessica said she will be completely involved in design and making of her wedding dress.  “I think every bride wants to design [her] own dress or at least have a part in it.  It won’t be a Jessica Simpson Collection dress, but I will have major say in that.”

Jessica Simpson who said  “I never thought I’d be some fashion mogul!” owns a fashion empire which is said to be worth 1 billion dollars.   She plans on continuing to grow her empire this year by adding a ready-to-wear collection and a line of career separates.   I wonder if we will see a line of wedding dresses soon to add to her collection.