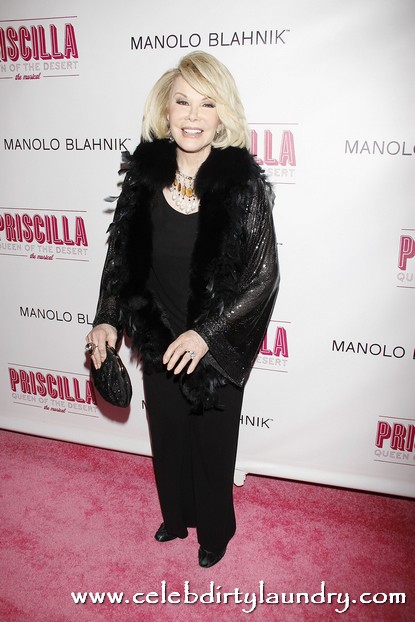 Can vodka suppress and eliminate unwanted odors?  Joan Rivers claims she never breaks a sweat thanks to vodka.

“I always spray my costumes with vodka and water.  It’s an old Broadway trick — two-thirds water and one-third vodka, spray your armpits and you’ll never smell again,” she told attendees at the Night of a Billion reality stars event in LA.

Rivers also told the crowd she occasionally uses the mixture to wash her clothes.  The E! fashion commentator is starring in a Funnyordie.com video short produced with Svedka, where she appears as a wise-cracking head in a jar being stalked by paparazzi.

It seems Joan knows what she is talking about – as usual – since we found on the net a consumer-care type that goes as follows: ‘Spritz garments with a small amount of vodka; hang them to dry in a well-ventilated area (spot-test first).  Straight vodka kills bacteria, but it doesn’t leave a scent.’