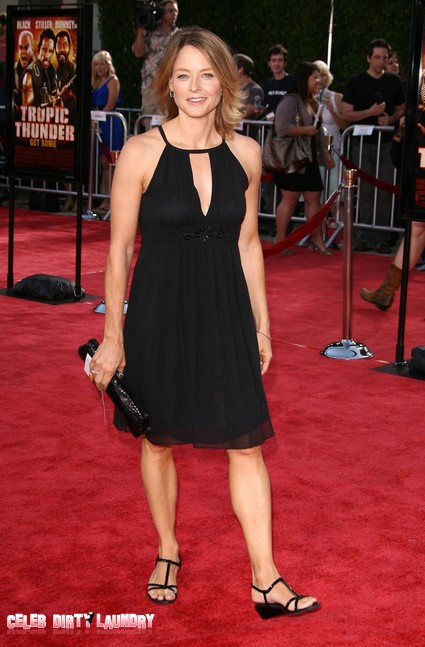 Jodie Foster‘s father, Lucius Fisher Foster III, 89, received a five year prison sentence Friday. Mr. Foster ran a property scam in which he exploited his relationship to his famous daughter to get suckers to cough up $5000 each for a fictitious property development. Jodie Foster had no comment upon learning that her dear old dad was heading to the slammer.

In handing down the stern sentence Judge Gregory Dohi said that Jodie’s papa had shown no indication that he would stop soliciting customers and behave like a law-abiding citizen.

“Despite your personal charm, you are dangerous,” the judge said at the courthouse in Van Nuys, just north of Los Angeles, telling Mr. Foster that he still was “continuing your business as we speak.”

The jury needed only three hours to find him guilty Wednesday on 21 counts of grand theft and nine counts of contracting without a license. The crooked Foster cheated nearly two dozen investors out of more than $100,000.

Mr. Foster offered to build homes for 20 alleged victims in the San Fernando Valley north of Los Angeles after contacting them through his own property website or through referrals from real-estate agents.

He “told at least half the victims that he is Jodie’s father as part of the scam to build up trust,” Deputy City Attorney Don Cocek told the court during the trial. After the verdict, he called Foster the “Bernie Madoff of Sherman Oaks.”

He was convicted of taking $5,000 each from people for whom he promised to build affordable homes made from cargo containers. The units were never built, and prosecutors said he blatantly lied to clients.

One of his victims, 26-year-old Corrinne Unsell of Long Beach, south of Los Angeles, told the judge that she and her husband had invested $10,000 with Foster in 2008.

“He’s either the liar of the century or he’s delusional,” she said. “Either way he’s dangerous. It does not matter that he’s 89 years old – we all know what he’s capable of.”

Mr. Foster remains estranged from his famous daughter – mind you, if she shared some of her wealth with her dad then maybe he could stop stealing.