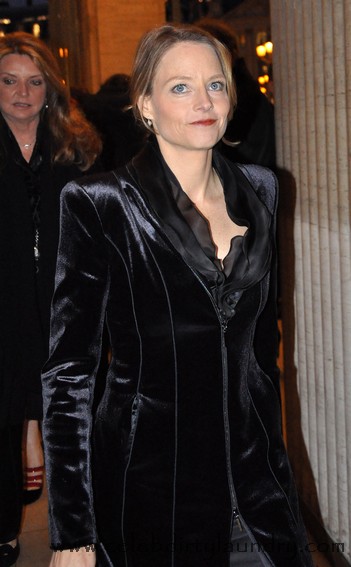 Jodie Foster says that she is surprised Kristen Stewart is an actress.  Surprised in a nice way of course.  The 48-year-old actress, who worked with the ‘Twilight‘ star when she was 12 in ‘Panic Room’ has confessed she never thought Kristen would stay in the film industry because she didn’t seem to enjoy it.

She said: “I just love Kristen Stewart, but I didn’t think she’d choose to be an actress.”  “I said to her mum, ‘She doesn’t want that, right?’ And she’s like, ‘Well, yes, she kind of does.'”  The ‘Beaver’ star went on to say she saw similarities between herself and the 20 year old because neither actresses like showing their emotions in real life.

Talking to the Hollywood Reporter she continued: “Because she’s very much like me: She’s not comfortable in life being a big externally, emotional person, beating her chest, crying every five minutes.”  “I felt she was such an intelligent technician, so interested in camera — I thought that would translate to other things.”

Kristen – who is rumoured to be dating her ‘Twilight’ co-star Robert Pattinson — has been open about her dislike of fame and has admitted she hates not being able to go out without being recognised.

Earlier this year she said: “There’s no way to eloquently put this. I just can’t go to the mall.  It bothers me that I can’t be outside very often.  And also to not ever be ‘some girl’ again.  Just being some chick at some place, that’s gone.”

What is the undercurrent here.  Jodie Foster praising Kristen for her intelligence and sensitivity and reserve, hmm?  Beware Rob, you may have competition.