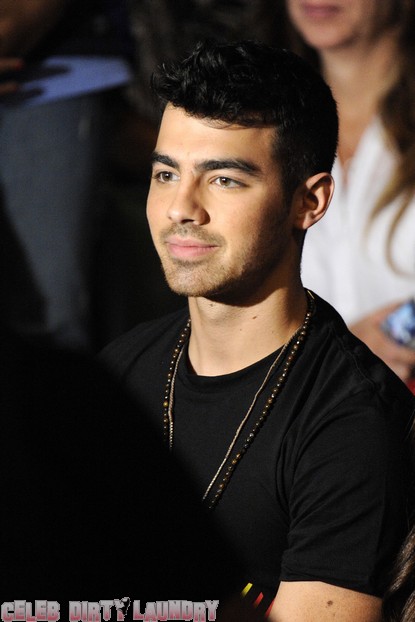 Joe Jonas has denied hooking up with ex-girlfriend, Ashley Greene, after they split this past March.  Despite being seen together last month, Joe wants his fans to know that he has not rekindled his previous relationship with Ashley. They were seen at Jay’Z’s afterparty afterw the iHeart Radio Festival.

Joe went on Ryan Seacrest’s show and denied the rumors. He said, “Hooked up? I’m sorry to disappoint all those ‘Jashley’ fans, me and Ashley are still good friends and we talk quite a bit.”

He revealed that he and Ashley bumped into each other in Las Vegas, but it’s “nothing romantic.”

He said, “Hooking up – if you’re talking about making out — that, unfortunately, didn’t happen.”

It was rumored that he broke things off with her, but it sounds like he still wants to try and rekindle their former romance. What do you think? Were you a fan of them together?

Do you think Joe and Ashley should get back together? Sound off in the comments and let us know what you think!