Joe Jonas’ Gets Booed And Pelted With Balls At Brooklyn Performance 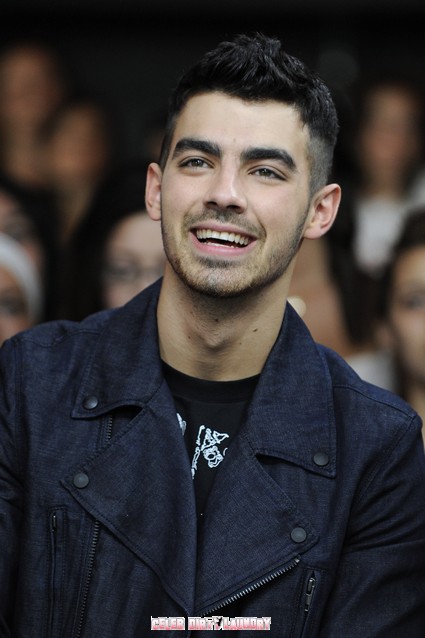 Joe Jonas got a rough reception when audience members pelted him with mini-basketballs and greeted his performance with a mixture of ridicule and silence.  The 21-year-old Jo-Bro who’s attempting to reinvent himself in a more adult guise with his first solo album, “Fast Life,” was definitely not living the dream when he opened for Swizz Beatz at the House of Vans in Williamsburg.

Except for a group of adoring girls at the front of the crowd, Jonas did not encounter very much love from the hard-core Williamsburg crowd in their frayed jeans, acid-washed tanks, jean vests and oversize eyeglass frames.

The booing and jeering began as soon as the Disney TV star and his four backup singers took to the stage to perform four songs from Jonas’ new album and engage in a bit of awkward dancing.

Audience members were even targeting Jonas with green Nerf-style mini-basketballs that one of the night’s sponsors had handed out to partygoers.

The hostile hipsters didn’t even react when Jonas showed off his newly sculpted torso by taking off his blazer to reveal a tight tank top.
The teen idol seemed a little deflated by the time he and the backup singers wrapped up their part of the show by performing his current single, “See No More.” Jonas co-wrote the track with Chris Brown, who also performs backing vocals on the recording.

Too bad Brown wasn’t in the house to lend some support on Wednesday night.