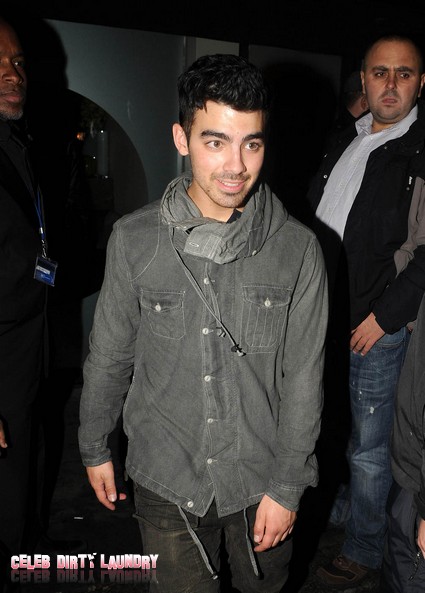 Joe Jonas was rushed to hospital with severe abdominal pains Sunday night.  The Jonas Brothers singer checked into the emergency room at Los Angeles’ Children’s Hospital after complaining of extreme stomach ache following a night out at Chicago’s Board Room nightclub on Saturday.

A rep for Joe confirms he went to the emergency room and told TMZ that he was only at the hospital briefly … and it’s not clear what was wrong with him.

Whatever the problem was … Joe felt good enough to eat out Sunday night and was spotted with his brother Nick leaving Katsuya last night after being discharged.

This comes after the heartthrob was seen getting close to model Sky Ferreira at a party in New York last month.