Joe Manganiello Says Being Naked Is Part Of The Job! – Video 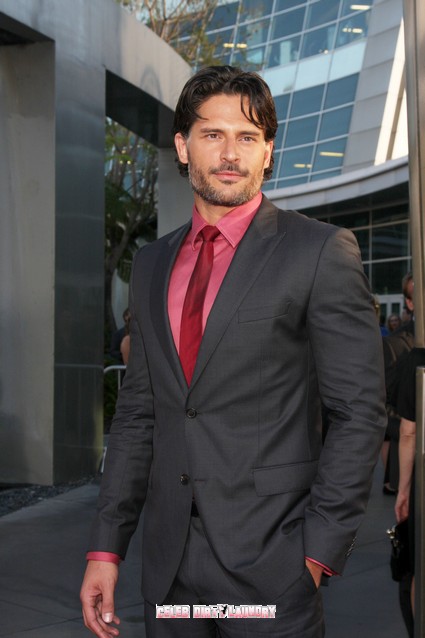 True Blood’s buffed up werewolf Joe Manganiello, 34,  was recently talking to Chelsea Lately on her show.  Chelsea asked Joe about appearing nude in True Blood.  Joe told her that filming in the nude is just part of the job.  Joe said: “My manager used to say, ‘I don’t mind getting f**ked, as long as everybody else is getting f**ked too.  That’s kinda how it is with the nudity!”

Joe plays werewolf Alcide Herveaux in the HBO television series.  When Joe is in his wolf form he is played by a 120 pound timberwolf.   Joe says the wolf likes him, I think that is a good thing :-)  He said: “There’s a trainer behind you waving raw meat over your shoulder to try to get [the timber wolf] to do what they want.  And being a werewolf and transforming [into one] when he’s around… I’m usually naked in broad daylight with someone waving raw meat with like school buses of kids showing up!”

Joe also speaks about staying in shape, to catch more of the interview check out the video below of yummy Joe!