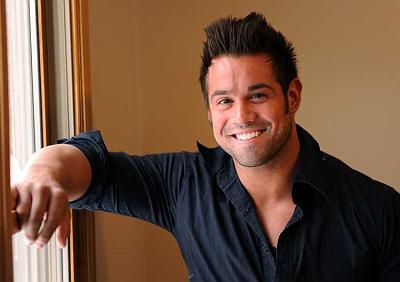 Joey Kovar once starred on MTV’s Real World: Hollywood and the third season of Celebrity Rehab — and now he’s getting some cashola to spread it for Playgirl.

Joey becomes the latest quasi-celebrity to be offered a nude photo spread in the women’s publication — and they got him cheap, too. Apparently, they only had to shell out $20,000 for the privilege of everyone on the planet getting to see his junk.

Joey said, “I take a lot of pride in how hard I work on my body…The Situation ain’t got nothin’ on me.”

Reportedly, the magazine is going live with the shoot for the February issue. Playgirl rep Daniel Nardicio said, “Joey exemplifies the sort of hot Jersey Shore type that people are really into right now.”

I beg to differ!