John C. Reilly Rumored for the Role of Haymitch in the Hunger Games 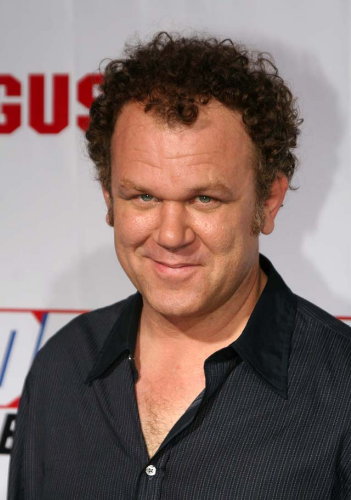 The Hunger Games is turning out to be one of the most highly anticipated movies slanted for a release date in 2012.  It seems that there is high buzz whenever a new role is filled, and this time is no different.   With Jennifer Lawrence casted as the main character, Katniss Everdeen, and Josh Hutcherson and Liam Hemsworth backing her up, and five other roles already filled, the last remaining main part to be filled is for the character of Haymitch.

For those unfamiliar with the popular trilogy, written by Suzanne Collins, Haymitch is the only living former victor of the Hunger Games from District 12.   Since he holds this title, he is the only one who is fit to mentor Katness (Lawrence) and Peeta (Hutcherson).   Haymitch is known for his severe alcoholism and lack of productivity, but in the end proves to be a great deal more companionate and smarter than others realize.

The man rumored for the role is none other than John C. Reilly, according to a new report on Vulture. Reilly is most famous for his roles in Chicago, Step Brothers, Talladega Nights, and Cyrus. With his diverse resume, he has what it takes to tackle the challenging role of the drunken mentor.

Reilly is reportedly “starving” for the role. EOnline reported, “Reilly had been in talks to star as the sidekick to James Franco’s Wizard character in Disney’s Oz, the Great and the Powerful until he got word of The Hunger Games.”

Lionsgate is yet to comment on these rumors and Reilly’s rep stated, “John does not have an offer.” That is, he doesn’t have the offer yet. I think that Reilly has done enough to prove that he has what it takes for the role of Haymitch.