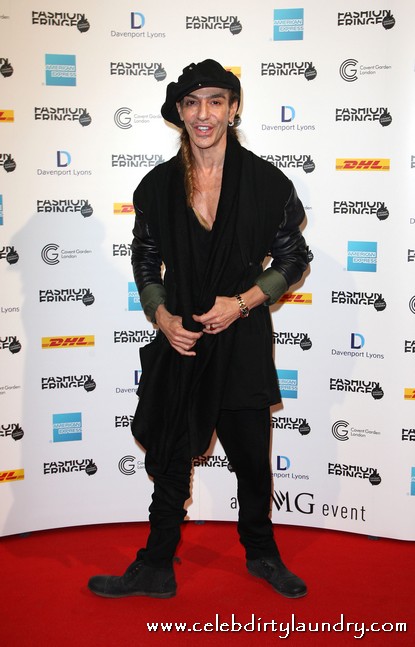 John Galliano’s recent anti-Semitic rant is tearing up the fashion maven’s life and business faster than you can say ‘keep your mouth shut, stupid!’    Now Johnny boy has been sacked from his own fashion label.   The British-born designer – who was fired

Christian Dior, which owns 91 per cent of Galliano’s business, has now received expression of interest from a number of companies interested in purchasing it.   The current in-house design team for the brand is being charged with creating a new collection and is already working on a pre-spring collection.

John Galliano’s show at Paris Fashion Week earlier this year was axed at the last minute following the anti-Jewish rant.   Only a small number of editors and buyers were allowed to see the collection, and he was not in attendance.  After the event, Galliano checked into a rehabilitation facility in the US and released an apology for his actions.  What, they now have rehabilitation for racism?

He said: “Anti-Semitism and racism have no part in our society.  I unreservedly apologise for my behaviour in causing any offence.”  “I was subjected to verbal harassment and an unprovoked assault when an individual tried to hit me with a chair having taken violent exception to my look and my clothing.”   “For these reasons I have commenced proceedings for defamation and the threats made against me.”

Sounds to me like John is a liar AND an anti-Semite.  An apology does not in any way mean that John Galliano is not a viscious anti-Semite – it merely means he wants back into the fashion biz.