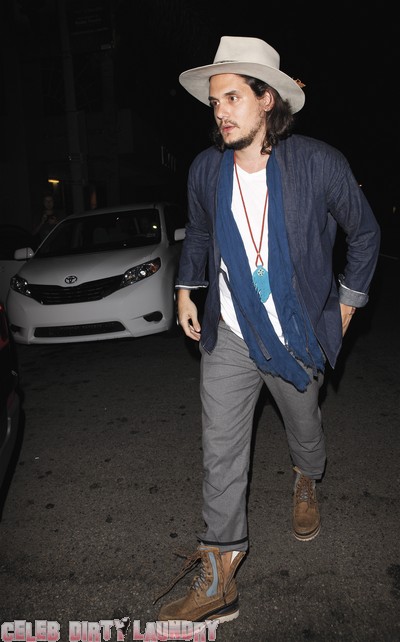 John Mayer hasn’t exactly had any success in the game of love, so that’s not really a big secret. He’s mostly known in his romantic circles as the guy who blabs about every detail of his relationship to the paparazzi.

He called Jessica Simpson “sexual napalm” and blabbed about his dates with Jennifer Aniston. So, he sought some advice with regard to matters of the heart. He enlisted the help of Tough Love host Steve Ward to get to the bottom of his relationship issues.

She said, “When he had me alone, John asked me what I thought about his love life, so I told him point blank, ‘I think you got a chip on your shoulder, man. You’re pissed off about your childhood or being bullied and now you unfortunately take it out on women.'”

He went on to say, “I told him he had to realize that he had won. He was ten times more successful than the next most successful person to come out of his high school. And odds are, they had to graduate to be that successful. I told him, ‘If I were you, I’d pat myself on the back, and let go of it.'”

We’ll give him some unsolicited advice, as well. Stop acting like a douchebag to people and hire a stylist. What advice would you give him?