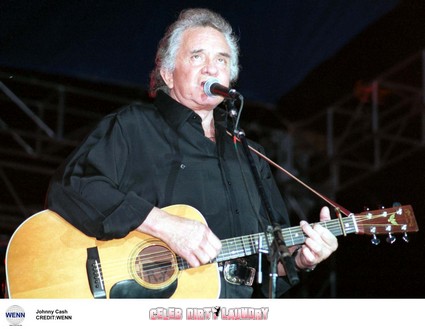 Many lifelong fans of the late Johnny Cash feel that his last work – especially that done on his ‘American IV’ and ‘American V’ cds was, amazingly, his best.  After losing his wife of many years and soulmate, June Carter, Johnny lasted less than 4 months and succumbed to the complications of diabetes. ‘American V’ was released posthumously.

Now almost 8 years after the singing legend’s death, the video accompanying Johnny Cash’s cover of Nine Inch Nails’ Hurt has topped a new British magazine poll to find the best promo ever made.

When Nine Inch Nails front-man Trent Reznor learned that Cash wanted to cover ‘Hurt’ he admitted that he was initially “flattered” but worried that “the idea sounded a bit gimmicky,” but when he heard the song and saw the video for the first time, Reznor said he was deeply moved and found Cash’s cover beautiful and meaningful.