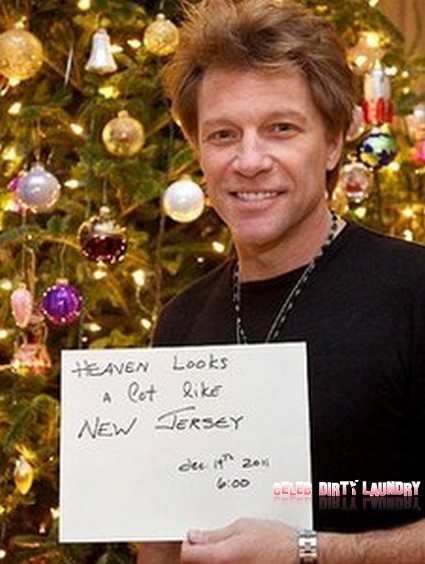 As the saying goes, reports of Jon Bon Jovi’s death have been greatly exaggerated. On Monday Twitter went into meltdown after word spread that the rock star had died. Paramedics had apparently found the frontman in a coma in a US hotel room. He passed away following a cardiac arrest. The report spread like wildfire and the demise of the 49 year old became the number one trending topic worldwide within minutes.

The problem? It wasn’t true. Jon was alive and well and hanging out at home with his family in New Jersey.

It’s the latest in a series of online hoax celebrity deaths. Eddie Murphy, Lady Gaga, Taylor Lautner and Scott Baio have all been prematurely mourned in recent months. Twitter and Facebook flooded with RIP messages for a celeb who’s still very much alive.

At least Jon Bon Jovi had a sense of humour. He wanted the fans to see for themselves that he was still rocking and rolling. A photo of him standing in front of a Christmas tree was tweeted asap. In it the singer/actor is holding a piece of paper saying ‘Heaven looks a lot like New Jersey – jbj.’ It also features the date December 19, 2011.

There have been rumours the hoax may have been a publicity stunt to help his latest movie New Year’s Eve. The star studded romantic comedy hasn’t set the box office on fire. Jon Bon Jovi plays a muso called Jensen in the film.