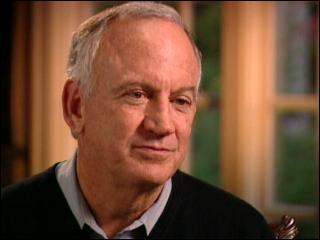 John Ramsey, 67, whose life was completely dominated and ruined for many revealed he tied the knot with Jan Rousseaux, 53, a Las Vegas-based fashion designer.  John said how his little daughter, brutally murdered on Christmas night 1996 in her Boulder, CO, home would be proud of her dad “I have no doubt she will be smil­ing,” he said.

John was shattered by the brutal murder of 6-year-old JonBenet who would have turned 21 on Aug. 6.  He also had to endure the death of his beloved wife Patsy from ovarian cancer in 2006 at 49, and the loss of another daughter, Elizabeth, in a 1992 car accident at 22.

The murder case of JonBenet, which remains unsolved, continues to generate public and media interest.

Colorado law enforcement agencies initially suspected both Ramsey’s parents and her brother. However the family was partially exonerated in 2003 when DNA taken from the victim’s clothes proved they were not involved. Her parents were not be completely cleared until July of 2008.

John admitted he had a brief romance with Beth Twitty – the mother of Natalee Holloway, the Ala­bama teen who vanished in Aruba in 2005. But that ended four years ago.

He met Jan, a divorcee with two grown children, at a mutual friend’s wedding in Denver two years ago, but their friendship didn’t develop immediately.  Then last June, Jan texted John to let him know she was thinking of him.

“Immediately he asked if he could come to see me, just as friends,” said Jan.

The relationship blossomed leading to their private wedding in Charlevoix, Michigan on July 21.