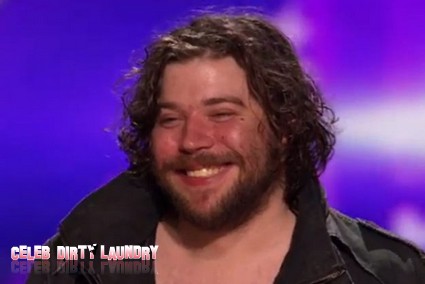 The first performance tonight on the X Factor USA is Josh Krajcik.  The X Factor USA returns tonight with a a Michael Jackson themed episode.   The remaining top 7 will be covering tunes from the Michael Jackson’s songbook.  They will be competing head-to-head while channeling their inner Michael Jackson!  This week will also be another double elimination week, where two contestants will get the boot, taking us down to the top five so the stakes are high.

1. Josh Krajcik singing Dirty Diana featured on Jackson’s seventh studio album, Bad.  (I noticed Blanket in the audience looking as confused as me)

Judges Comments – L.A. Reid said: I was really proud of you doing it, you landed on your feet. Paula said: You learned how to be comfortable, you rose the bar, great job. Simon said:  As a spectacle is was great, however, you were over produced, you were  lost in the choreography – it was what Nicole wanted you to be and it was weak. Nicole said: We like to take risks on this show, Michael is so inspiring, we feel it in our veins and that is exactly what Josh did.