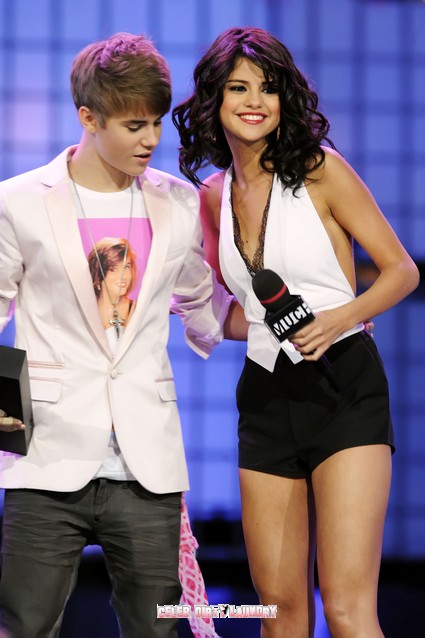 Justin Bieber and Selena Gomez actually crashed a snazzy Malibu beach wedding over the weekend.  The couple were having a romantic dinner date at a restaurant on Malibu beach when they heard Justin’s music playing at a nearby wedding reception.

The young couple decided to venture over, absolutely shocking the bride and groom and their guests.  A source said: “Unbeknownst to all of the guests, Justin Bieber and his girlfriend Selena Gomez were just done eating at a restaurant up the road from the Adamson House estate and had decided to take a stroll down the beach. I guess he heard his song play and decided to crash the wedding party to check the scene out. He was cool enough to make a cameo, which surprised all of the wedding guests.”

Justin hopped on the mic, saying “We just crashed it. We heard a party so we decided to just come. So let’s party.”

The source added: “He even took the microphone, congratulated the newlywed couple, and said a few nice words, while posing for a series of pictures with his fans. That was one of the coolest and nicest things a person of his celebrity can do, and it certainly made a memorable night for the newlywed couple Mr. and Mrs. Rob and Jeanine McCool.”