Justin Beiber Gets Into Scrap At The BET Awards 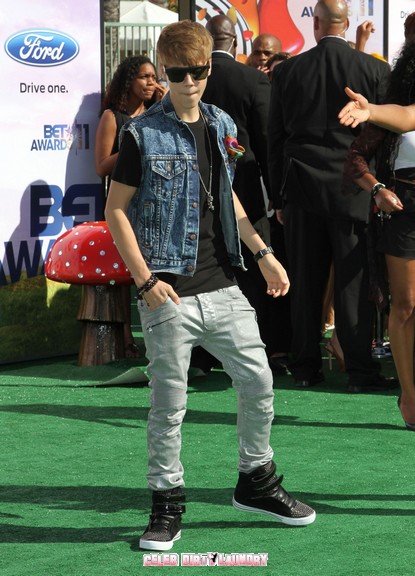 Justin Beiber was a presenter at the Black Entertainment Television (BET) awards show but a security guard for BET tried to stop on of Justin’s bodyguards from getting in! In what was an overzealous attempt by BET security to obey its own rules, a security guard attempted to prevent on of Justin’s bodyguards from entering because he didn’t have a ticket!   So Justin’s entourage and Bet security wound up in a heated showdown.  The entire incident was filmed and Justin got rude and riled when he declared the doorman to be “a douche bag.”

The video shows Bieber and his gang being stopped at the door last weekend. One of Justin’s bodyguards did not have a ticket and both sides argued causing Bieber to intervene saying, “I need to bring my security! This guy’s a douche bag.”Everyone on Bieber’s side eventually ended up getting into the show and it was refreshing to see Justin stand up for his bodyguards. BET downplayed the incident with a rep saying, “It is our standard policy to make sure everyone has their tickets or credential upon arrival. Justin had the proper credentials.” Little Justin certainly has a mouth – he might be small but he is scrappy!