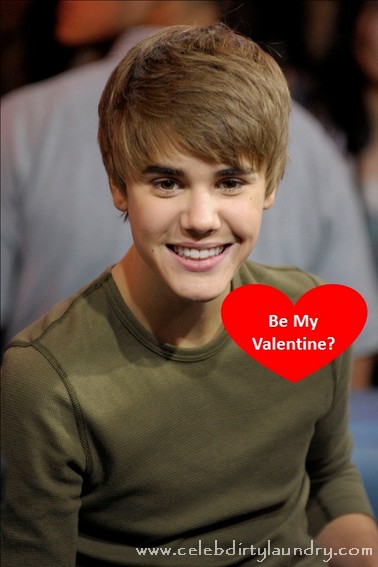 Justin Beiber discussed his Valentine’s Day plans and the details of his love life in an interview with ET special correspondent Elisabeth Hasselbeck Thursday.  Bieber said on Valentine’s Day, he thinks he’s “gonna go to the theater and surprise fans.”

What about the question that every little girl in the world is asking – does Justin have a girlfriend?  Here is what old Beiber had to say in response:

“I have girlfriends – girls that are friends -you have to always surround yourself with real and good people … [those] are hard to find in [show] business.”

Bieber said his family will never hesitate to lend their thoughts on if a person is bad news.  The teen heartthrob’s video for ‘Baby’ is the most viewed-ever on YouTube with more than 453 million hits in less than a year’s time.  Bieber’s 3D film ‘Never Say Never’ hits theaters February 11.

Well it seems like Justin is hiding his romantic and possible sexual involvement with Disney diva Selena Gomez.  Perhaps his controllers fear that if Justin actually says he is taken then some of his $$$ spending fans might start pouring their parent’s money into another pot?