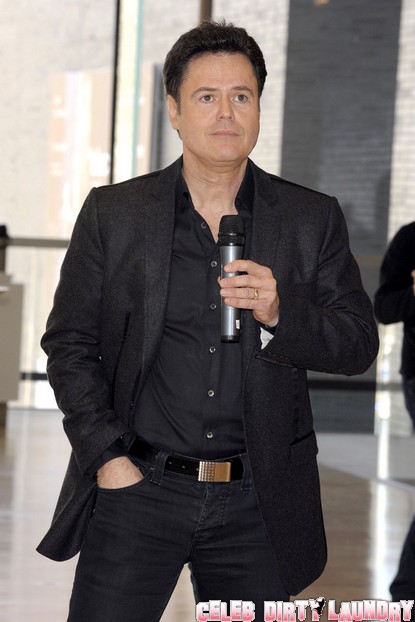 Donny Osmond has warned Justin Bieber about the perils of finding fame at a young age.  Osmond became a teen idol with The Osmonds but following his initial global success, the star experienced a backlash when he tried to reinvent himself as a more mature solo act.

Osmond, who now performs a hit show in Las Vegas alongside his sister Marie, is convinced Bieber will also suffer “a bumpy ride” and has encouraged him to stay strong if and when his popularity wanes.

He tells CNN host Piers Morgan, “I look at the experiences that I’ve gone through as a teeny bopper (and) having that I look at Justin Bieber and my heart breaks for him because I know what he’s going to go through, he knows that, everybody knows that… .”  “That kind of success at that age can really bite you in the shorts… . Put on the seat belt, buddy, because it’s going to be a bumpy ride and there’s going to be times when people say you’re not talented any more. Never give up on yourself.”

Donny might be correct but Justin looks to have a way to go yet before his popularity wanes and he too is forced to compete on Dancing With The Stars.