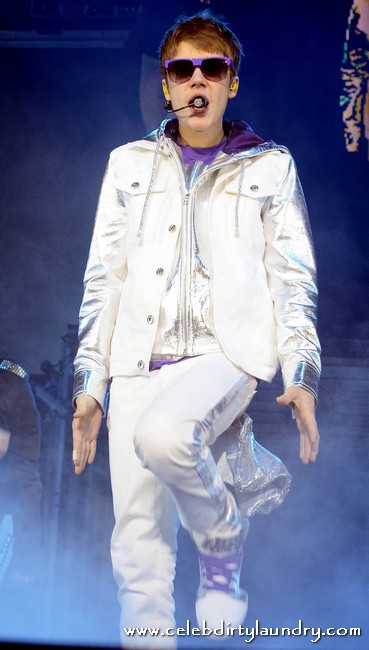 TIME magazine selects a list of the 100 most influential people each year and good old Justin Bieber in on the list for 2011.  The 17-year-old pop star will join celebrities including Mark Wahlberg, Bruno Mars, Chris Colfer, Blake Lively, Sting and Amy Poehler on the list and although Charlie Sheen has not been included, Justin admitted the former ‘Two and a Half Men’ star would be his choice for the number one spot.

The list also includes Kayne West… . The ‘Baby’ singer explained: “[It] has got to be Charlie Sheen.  He’s got a million followers in one day on twitter.  I’ve never seen that happen before.  Plus, he’s got tiger blood, and he’s always winning.”

However, Justin currently has almost nine million twitter followers, while Charlie has just over three-and-a-half million.   The honour comes after a particularly successful year for Justin, which saw him release his debut movie ‘Justin Bieber: Never Say Never 3D’ and have his second album ‘Never Say Never: The Remixes’ top the US Billboard charts.

Those individuals who have made the 100 most influential people list will be honoured at the TIME 100 Gala which will be held at Jazz at the Lithe Time Warner Centre in New York on Tuesday.

The list is composed by the editors of TIME taking into consideration the votes cast by the public and their own opinions and can be reached HERE.