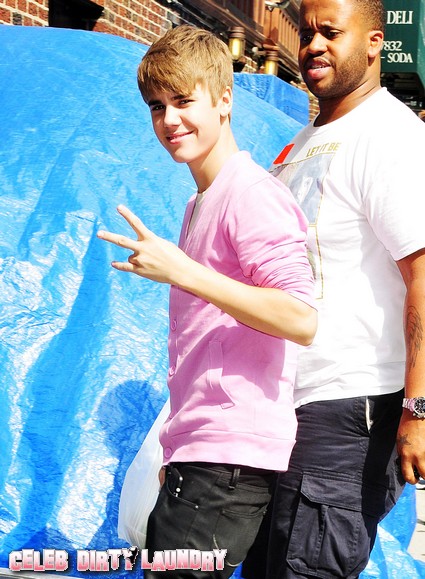 Hollywood studios never tire of making money the surest way possible – and that means remakes. So now that Hollywood geniuses noticed how popular Jennifer Grey was on DWTS they have decided to dredge up the 24 year-old blockbuster, ‘Dirty Dancing,’ for a remake… .

Now that ‘Dirty Dancing’ is back is there any way that the producers can get Justin Bieber to take the male lead?

That’s the question racing around the rumor mill now that Kenny Ortega, the original ‘Dirty Dancing’ choreographer, has confirmed that he will soon be directing a remake. Who better to assure big profits than the world’s most popular living male, Justin Bieber?

And while these ‘artists’ are planning our entertainment future they are thinking that Miley Cyrus would be perfect match for the role of Baby, the female lead.

“The opportunity to direct Dirty Dancing is like returning home for me,” mused Kenny Ortega in a recent interview. “I am looking forward to assembling a great creative team and an exciting cast to bring Dirty Dancing to the screen for a new generation.”

Don’t be surprised if they try to do some all-star couple casting – maybe Bieber and Selena Gomez – or how about Robert Pattinson and Kristen Stewart? After all, productions like this one are designed with only one concern in mind – to make as much money as possible.