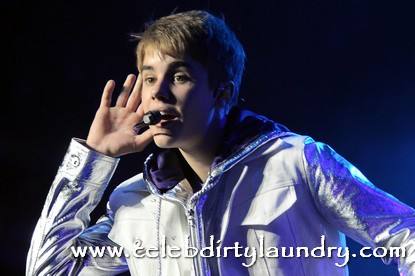 Justin Bieber has said that the paparazzi should be “ashamed” after he was photographed visiting a holy site in Israel.  The star singer, who will play a concert in Tel Aviv this week, told Twitter followers that he was enjoying the country but becoming frustrated by his lack of privacy.

“Amazing place…not a bad day.  Just wish got a little more space and privacy from the paps to enjoy this time with my family,” he wrote.

“I’m in the holy land and I am grateful for that. I just want to have the same personal experience that others have here… So im looking forward to this week and I look forward to putting on a great show…thank you for the support.”

However, he later returned to the social networking account to voice his annoyance at being photographed while sightseeing.

“You would think paparazzi would have some respect in holy places.  All I wanted was the chance to walk where Jesus did here in Israel,” he said.  “They should be ashamed of themselves. Take pictures of me eating but not in a place of prayer, ridiculous.  People wait their whole lives for opportunities like this, why would they want to take that experience away from someone.”  He added: “Staying in the hotel for the rest of the week u happy?”

Bieber, who made his big screen debut in this year’s ‘Never Say Never’ is scheduled to play Hayarkon Park in Tel Aviv on Thursday night, before continuing his tour with stops in Malaysia, Indonesia, Australia and the Philippines.

Justin’s mom is reportedly a big-time Christian – attributing to her born-again life the help she needed to beat her drug addiction – and so young Justin must have developed a taste for Christianity himself.