Justin Bieber & Selena Gomez Are In The Hamptons Together 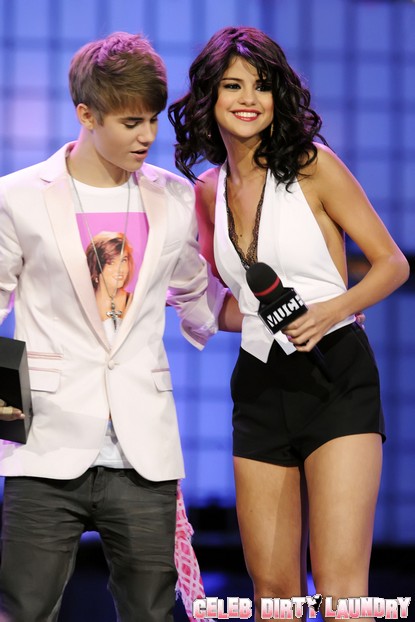 Disney star Selena Gomez and her fetus boyfriend, Justin Bieber have taken over the Hamptons!

The happy young couple were spotted shopping up a storm and spending some quality time together. The twosome were said have hit up the Flying Point Premium Surf shop in Bridgehampton yesterday afternoon. An eyewitness said, “Everyone was turning their heads, doing double takes, staring at them as they walked down the street.”

I bet that’s because they can’t figure out why she has decided to rob the cradle with the world’s most famous teenager.

Bieber spent $700 on clothes. The pair are believed to be staying with friends at a private home. Bieber and Gomez were inseparable this week as they took in various Manhattan attractions. On Thursday, they were spotted holding hands leaving a romantic lunch at Thai restauarant Siam Inn in Midtown. They also caused a stir at the Plaza Hotel, where Bieber, Willow and Jaden Smith shopped at the MCM boutique to pick up $6,000 in leather handbags and accessories.

Wow, it must be nice to spend that kind of money on handbags and accessories when you’re not even hold enough to vote yet. Just sayin’, aren’t we in a recession? Perhaps they could spread the wealth around and go shopping in every state?

Justin Bieber Is A Big Fan Of Country Music